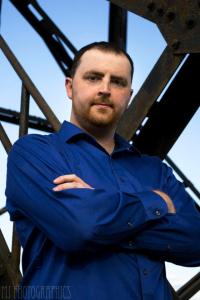 Mark Adam has been playing guitar since about 2002. A very solid, self-taught rhythm guitarist, he writes easy listening and light rock songs. His unique voice and wide vocal range make him a must-see act. He spent many years playing shows with some very talented local artists around Halifax, NS before relocating to Winnipeg, MB in the summer of 2014.

His time with improv group “Pudding Room” in Halifax has given him some more experience in the comedy world, making him very excited to be involved in upcoming improv and stand-up comedy productions.

No stranger to being in front of a crowd, he enjoys being the M.C. at events such as the City Chase races he hosted in Halifax. Performing stand-up comedy routines, playing at open-mic nights, singing karaoke, and generally entertaining people make him quite happy.

Catch more up-to-the-minute info by following him on Twitter: @markadamhfx